A timing belt, timing chain or cambelt is a part of an internal combustion engine that synchronizes the rotation of the crankshaft and the camshaft(s). The engine’s valves open and close at the proper times during each cylinder’s intake and exhaust strokes. 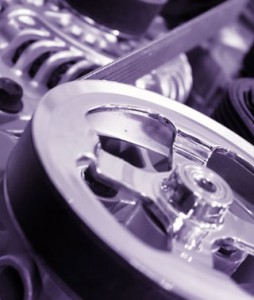 What will happen if the it breaks ? If the timing belt snaps they run into each other causing bent valves. Most common cylinder head or camshaft damage, and possibly piston and cylinder wall damage. While it is possible that no damage could occur from a snapped belt on an interference engine, such a case is unlikely.

How long does it last in a car? Essentially, it coordinates the rotations of the camshaft and crankshaft so the engine’s valves and pistons move in sync. The expected lifespan of your timing belt is specific to your car and engine configuration. Usually between 60,000 and 100,000 miles.
How does it work in a car? The crankshaft converts linear energy from the pistons, which move up and down, into rotational energy that eventually turns the wheels. The camshaft opens and closes the engine’s valves to allow air and gas in and out of the engine. The timing belt links the two in harmony.
Can timing chain stretch? The chain is located in the front of the motor and is attached to a set of gears and pulleys that power multiple mechanical components, including the crankshaft and camshaft. … The timing chain can start to stretch and wear over time, which will cause the engine’s timing to be inaccurate and cause a few warning signs.